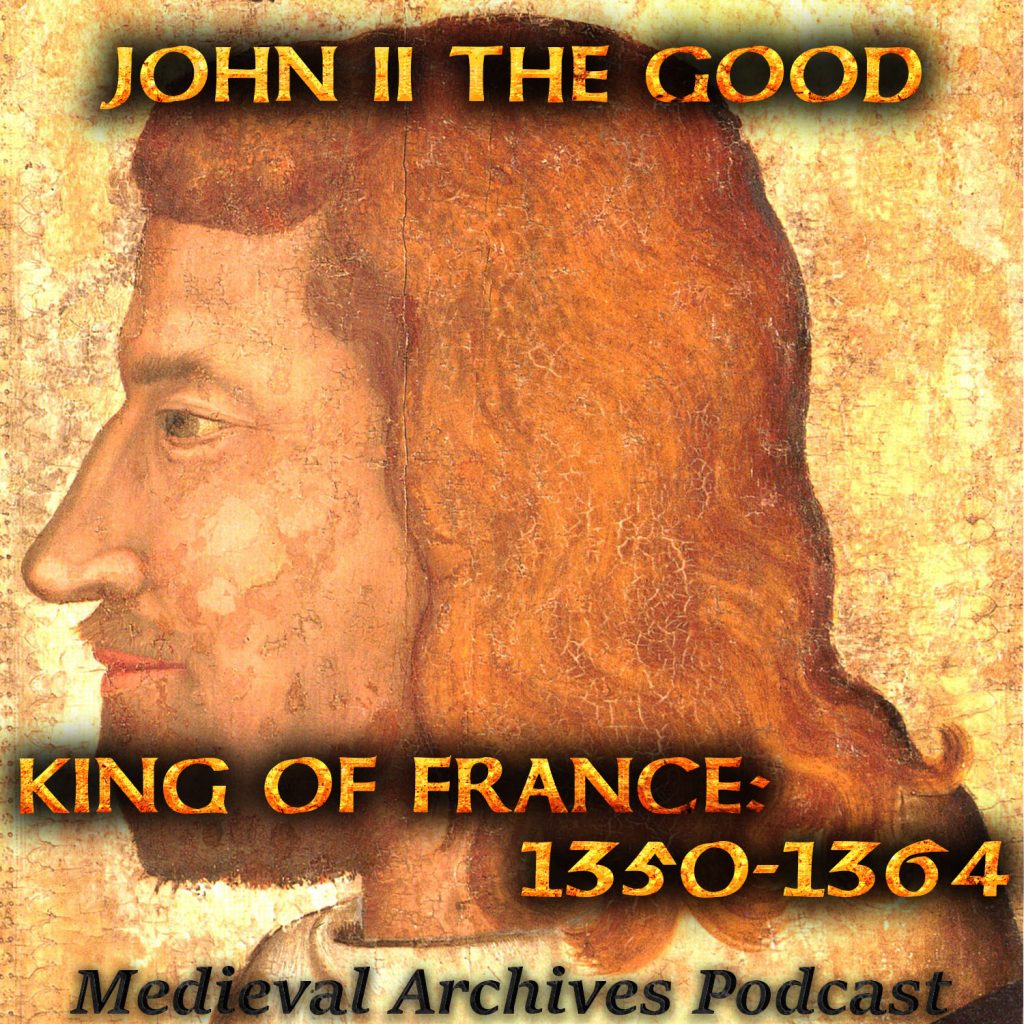 King John II of France, called The Good. John ruled during a tumultuous time, the Plague was in full force killing large parts of France’s population, the Hundred Years’ War was raging and France was in financial trouble. With all that going on how did John get dubbed, The Good? We’ll take a look at his rise to the throne, his exploits in battle and on the home front to see if he was truly a good king.

King John II and his son Philip The Bold were captured by the English during the Battle of Poitiers. King John spent the next four years in England trying to negotiate a release and raise the ransom money.

His eldest son, Charles worked on the home front trying to raise money and support for his father’s return.

France Divided by the Treaty of Brétigny

If you are interested in learning more about Medieval Mercenaries below is a list of books I used while researching this episode.

Disclaimer: Affiliate links are used on this site. While they don’t cost you anything when you purchase through them they help support Medieval Archives.

Get your free audio book from Audible.com at

The intro music was provided by Tim Rayburn.  It is available at Magnatune.com