MAP80: Sword for Hire: Mercenaries in the Middle Ages 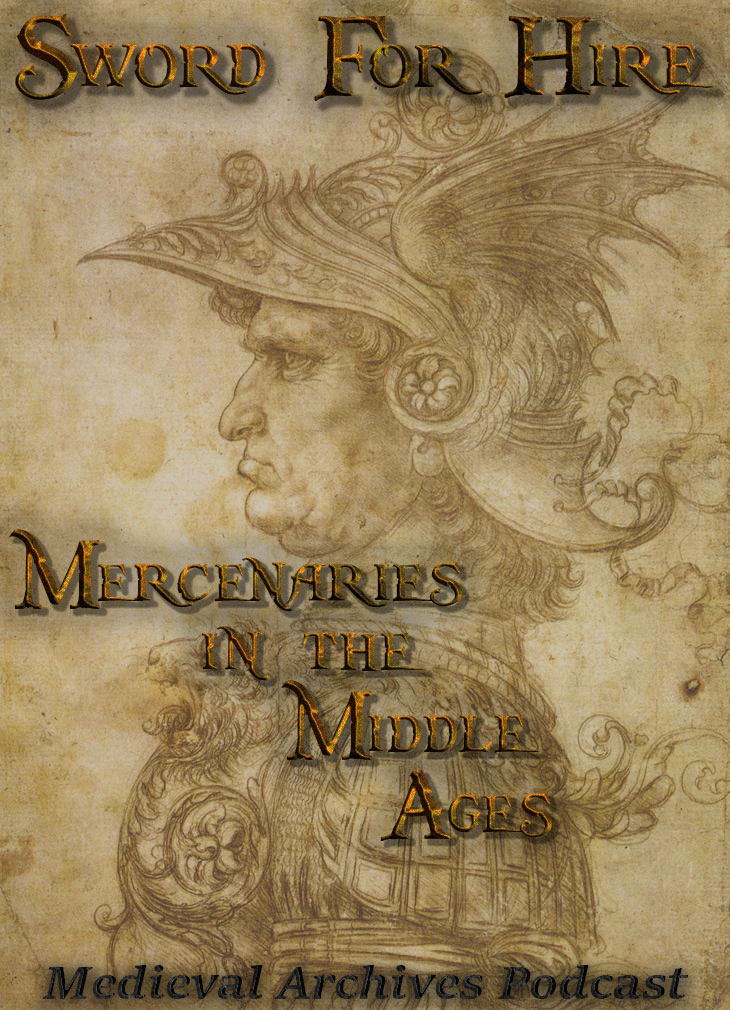 Soldiers in the Middle Ages fought for King and Country. But what did they do when the wars ended? Not all soldiers retired back to a life of farming or trade. Some men wanted to continue fighting and they fought for profit

Medieval Mercenaries rose to prominence in the 13th and 14th centuries. The Mercenary Companies were made up of men from every corner of Europe; Germany, France, England, Spain, Scandinavia, Italy.

The Mercenaries formed companies, small (and in some cases large) armies of men who would fight for the right price. The Catalan Company, always outnumbered but never at a disadvantage counted around 8,000 men in its ranks.

The White Company led by the infamous Sir John Hawkwood, employed over 15,000 men at its peak. Hawkwood was a longbowman for Edward III in the Hundred Years War and fought at both the Battle of Crécy and Poitiers.

If you are interested in learning more about Medieval Mercenaries below is a list of books I used while researching this episode.

Disclaimer: Affiliate links are used on this site. While they don’t cost you anything when you purchase through them they help support Medieval Archives.

Get your free audio book from Audible.com at

The intro music was provided by Tim Rayburn.  It is available at Magnatune.com