Murrey and Blue by The Legendary Ten Seconds 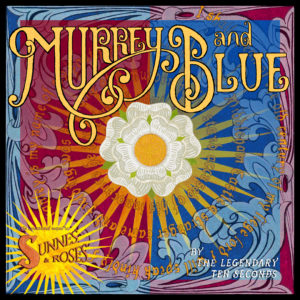 Earlier this year we featured The Legendary Ten Seconds on an episode of the podcast. If you haven’t listened to it yet I highly recommend it.

Ian and the band are back with another album, Murrey and Blue. Featuring more songs inspired by King Richard III and the Wars of the Roses.

Below is the press release for the new album. Visit thelegendary10seconds.co.uk to find all their work.

All songs arranged by Lord Zarquon.

Recorded in Torbay at Rock Lee and Rainbow Starshine studios for Richard The Third Records.

A percentage of the proceeds from the sale of the album will be donated to S.A.U.K.