Today we have a guest post by Andy Gaunt. Andy is a professional archaeologist in Nottinghamshire and an expert on Medieval Sherwood Forest, its landscape, people and administration. His information is below the post. Thanks Andy for the great article! 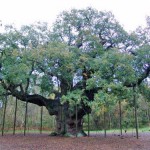 Sherwood Forest is the most famous forest in history.

As the home to the legendary outlaw and hero Robin Hood, Sherwood Forest is known throughout the world.

The antics of Robin Hood and his Merry Men, their run-ins with the Sheriff of Nottingham, Guy of Gisborne, King John and King Richard the Lionheart have been told and re-told around fire sides and to children for hundreds of years and now are known all around the world.

But what exactly was Sherwood Forest, where was it, and when and where did it stretch? 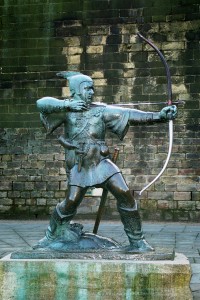 To the modern mind a forest conjures up images of an enormous area of woodland – such as the Amazon Rainforest.

But in the medieval mind a forest was something different. The word ‘forest’ would have conjured up images of Deer and the Crown.

This is because a Medieval Forest was an area subject to ‘Forest Law’- a law protecting venison for the King, and the trees and vegetation of their habitat.

In the early days punishments for such crimes could involve hanging, blinding and mutilation. 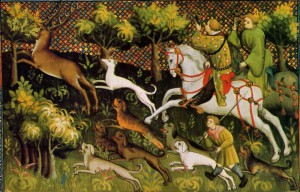 Sherwood Forest covered an area approximately 15 miles from north to south, by 6 miles from east to west, entirely within the county of Nottinghamshire; it was well wooded, especially in the northern ‘High Forest’ area with woods interspersed with vast tracts of heather clad heath.

The most famous of these woods were Birklands and Bilhaugh- home to ancient veteran oak trees and the Sherwood Forest National Nature Reserve.

These remote areas were the perfect hideaway for miscreants, malefactors, ne’er-do-wells and outlaws.

Sherwood was not however the single great area of woodland of popular imagination.

There were villages with their arable and pasture fields throughout the forest, and even the medieval town of Nottingham was within its bounds.

It was in fact a complex landscape where generations of people played out their lives. 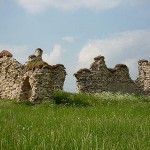 …which builds the picture of this colourful time through the historic documents, sources, maps and archaeology.

The Administration of the forest including its courts, judges, foresters, keepers, rangers, tax collectors and Sheriffs are told from the records…

The landscape of Medieval Sherwood Forest is brought vividly to life with journeys through the medieval forest: describing the roads, fields, heaths, woods, hills and rivers of the forest… along with royal hunting lodges, palaces, castles, and deer parks…

This backdrop provides the setting for the stories of the people of Medieval Sherwood, including: the Keepers of the forest, Women keepers of the forest, the Vikings, Saxons and Normans of Sherwood Forest, peasants, bad Sheriffs of Nottingham, badly behaved priests, hangings, outlaws, thieves, Kings and Queens of England, gaolers, pig-rustling butchers, market-stall holders, Abbots, Bishops, Archbishops, Monks and Friars… 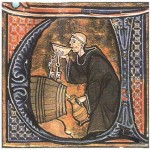 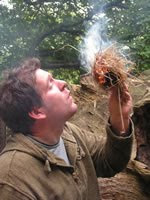 He has a large amount of experience with public involvement in archaeology; working as a Community Archaeologist supervising fieldwork, training, public engagement, lecturing and speaking. Andy is skilled in Geographic Information systems (GIS), and regularly undertake 3D visualisations based on data collected in the field.

Andy is interested in the Medieval landscape of Nottinghamshire including Medieval settlement development, settlement desertion and Open Field systems.