Bryan Singer gives update on his remake of Excalibur 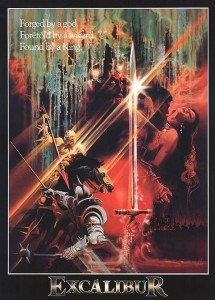 The story of King Arthur can definitely be described as enduring. Rooted in the Dark Ages, it was shifted into the Middle Ages (with all the associated knights in armour, chivalry and damsels) by Sir Thomas Malory’s classic 15th century work Le Morte d’Arthur.

With all the myth and mystery surrounding this semi-historical tale, not to mention its ingredients of love, power and betrayal, it provides rich material for literature, TV and film.

A third series of the BBC’s Smallville-styled reimagining Merlin has just finished (with a fourth promised), while a 10-part miniseries called Camelot – starring Joseph Fiennes as Merlin, Eva Green as Morgana, Jamie Campbell Bower as Arthur and Tamsin Egerton as Guinevere – is in production in Ireland and will air on cable channel Starz in the USA.

In addition, The Hollywood Reporter revealed in October that Working Title is developing a Merlin movie from a pitch by writer Jay Basu that puts the wizard in a contemporary setting.

And there’s more: among other projects in the pipeline is a remake of John Boorman’s 1981 classic Excalibur, to be directed by Bryan Singer for Warner Bros.

Whether Excalibur needs remaking or updating is open to debate, so what can Singer bring to make it worth the effort and, more importantly, make us want to see it?

The filmmaker, who’s a producer on X-Men: First Class and is now casting his next film Jack The Giant Killer, spoke at a recent event about why he wants to tackle the project.

He explained: “It’s challenging for me because I’m a huge fan of the original but also, rewatching the original, it is of an era. And also the Arthurian legend is so central to everything, it is such a great myth and so fun to explore.”

And he says a bigger-budget blockbuster production can deliver special effects and sequences that Boorman was unable to achieve almost three decades ago.

Singer said: “Since Excalibur there hasn’t been a definitive that utilises all the things we can do with movies and, if you read Boorman’s script, there are things he wanted to do in that script that he couldn’t do because he had no money and made that film on a very tight budget.”

So what’s Singer’s vision for this project? He elaborated: “It’s something I felt I’d like to try to explore and celebrate the armour and the violence and the way it used to really be, and also explore the magic of Merlin, Morgana and the other characters as well.

“It would be structurally different and I’m bringing some characters to the surface and I probably won’t use the Grail at the end, I will stay more central to the Arthur and Mordred situation. It’s quite mapped out now so i’m excited. I’m in the script stage, it’s still a ways off yet.”