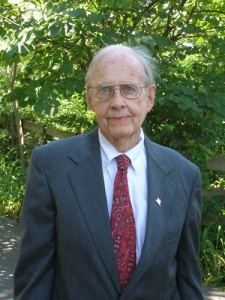 John Esten Keller III, a medieval Spanish scholar, who, in 1967, created a stir in the academic world when he brought more than two dozen professors and graduate students from the University of North Carolina at Chapel Hill to the University of Kentucky, died Friday at his home. He was 93.

Mr. Keller, a Lexington native who taught at UNC-Chapel Hill for about 18 years, got the Spanish, French, Latin and Italian professors and students in the North Carolina school’s romance languages department to transfer to UK, where they helped him form a new graduate program.

“He was the Moses of the Exodus,” said UK Hispanic studies professor Edward Stanton, who taught with Mr. Keller.

“It was a scandal. It absolutely gutted the program at Chapel Hill,” Stanton said. “It’s become a legend in the academic world because it will never happen again.”

Mr. Keller became director of UK’s College of Letters and Languages and chairman of its Spanish and Italian department after he went to work at UK in 1967. The Spanish program eventually became the Department of Hispanic Studies. Italian was moved to another department.

UK’s doctoral program in Spanish, founded by Mr. Keller, has continued to be ranked nationally, Stanton said. On Tuesday, the National Research Council’s rankings of doctoral programs throughout the U.S. were released, and UK’s Spanish doctoral program was in the top 25 percent, he said.

Mr. Keller was known throughout the country as a leading medieval scholar, Stanton said. Mr. Keller lectured in English and Spanish on the Canticles of Alfonso X, the Learned, a 13th Century Spanish king, at more than 60 institutions throughout the world.

In 1985, King Juan Carlos of Spain conferred upon Mr. Keller the Order of Alfonso X, one of Spain’s oldest and most prestigious awards, for his work in furthering the understanding of Spanish literature and culture.

Mr. Keller retired from UK in 1988 because of the university’s retirement policy. He offered to continue teaching for no pay.

But UK officials turned him down, saying they could not allow him to teach for free. They still wouldn’t let him teach when he said he would work for $1 per year, Stanton said.

But Mr. Keller continued working, doing research, writing books and lecturing throughout the U.S. and abroad.

During his career, Mr. Keller, who held bachelor’s and master’s degrees in Spanish from UK and a doctorate degree from the University of North Carolina at Chapel Hill, served on the board of the Medieval Academy of America and the editorial board of its publication “Speculum.” He also was editor-in-chief of UK’s “Studies in Romance Languages” and “Kentucky Romance Quarterly,” and was president of the South Atlantic Modern Language Association.

“He was extremely devoted to his students and his colleagues,” Stanton said, adding that Mr. Keller was also an “incredible” gardener, an insect and animal lover and a writer of novels.

“John was known as being a devoted friend, but if you were his enemy you were in trouble,” he added.

Mr. Keller is survived by his wife, Dinsmore Davis Keller; a son, John Esten Keller IV of Bayview, Texas; a daughter, Laura Keller of Lexington; a granddaughter; and a sister.

Services will be at 3 p.m. Tuesday at Lexington Cemetery. Visitation will be from 4 to 7 p.m. Monday at W.R. Milward Mortuary – Broadway. Memorial gifts are suggested to the John E. Keller Professorship Fund at UK or Hospice of the Bluegrass.

Now and Forever: The Art of Medieval Time exhibit