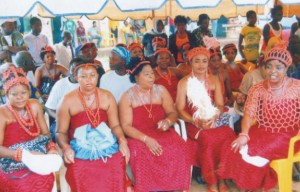 In the eleventh century Christians grew worried when the Turks conquered Palestine and captured Jerusalem in 1076 A.D, and stopped Christian pilgrims from traveling to the Holy Land.

The Emperor of Constantinople asked the pope for help against the Turks. Pope Urban II called a great council in 1095 A.D at Clermont in France; He promised pardon for sins (indulgence) to all Christians who would go to light the Turks and so “War of the cross” the crusade began.

All crusaders felt they were fighting for God. They wore a cross for their badge and shouted ‘Deus Vult’ God wills; as their battle cry.

There were eight crusades in all; from 1076 to 1099 A.D Jerusalem was captured and Christian kingdoms were set up in the lands which had been won.

According to a contemporary account, sometime before the battle at the Milvian in 312 A.D against Maxentius, Constantine who was a pagan then, saw in a bright day light a cross in the sky with the Greek words “conquer by this” Constantine believed that he had been promised victory in a critical battle by a vision of the cross of Jesus.

In 1187, the Turks took back Jerusalem. This led to the third crusade in 1190 to 1192. This was the most exciting crusade, for among those who joined the crusade was King Richard the Lion-heart, the most famous soldier in Europe.

The Knights of St. John of Jerusalem a Roman Catholic Religious Order made their headquarters on Malta in 1500s. They resisted a long sierge from the Turks.

Knights became the backbone of the armies of Europe in the middle Ages. Knights could fight from horse back with his Lance, sword and shield. The most famous of the fighting orders of knighthood came from the crusades.

Soldiers banded together to protect the holy places in Jerusalem, the order of Knights Templar was born. They lived as a brotherhood of monks. A rival order, the Knights Hospitalers was founded to protect pilgrims to the Holy land.

Knights took their ideas of serving God from the crusade and a Lady from provence in the south of France with the ideas of chivalry, courtly. Love and Romance, Knights became unlike Monks and do all their deeds for the love of a Lady.

Knights had apprenticeship training by Jousting in tournaments, mocks-combats almost as dangerous as war.

Joao de Barros in his accounts wrote of a possible pre-Christian influence in ancient Benin Kingdom:- “Among the many things which the king D. Jodo learnt from the ambassador of the king of Benin and also from Joao Afonso d Aveiro of what they had been told by the inhabitants of these regions was that to the east of Benin Kingdom at twenty moons journey which according to their account and the short journeys they made would be about two hundred and fifty of our leagues (5.556km or 3.456 is a league) there lived the most powerful monarch of these parts who was called “Ogane”. Among the pagan chiefs of the territories of Benin, Ogane was held in as great veneration as is the supreme Pontif with us.

“In accordance with a very ancient custom, the King of Benin, on ascending the throne, sends ambassadors to Ogane with rich gifts to announce that by the decease of his predecessor, he has succeeded to the Kingdom of Benin and request confirmation.

To signify his assent, the Prince Ogane sends the King a staff and a head piece of shining brass fashioned like a Spanish helment in place of a crown and scepter. He also sends a cross, likewise of brass to be worn round the neck, a holy and religious emblem similar to that worn by the KNIGHTS of the order of Saint JOHN.
Without these emblems the people do not recognize the King as lawful ruler, nor can he call himself truly king.”

“All the time this ambassador is at the court of Ogane, he never sees the Prince, but only the curtains of silk behind which he sits, for he is regarded as sacred. When the ambassador is leaving, he is shown a foot below the curtains as a sign that the Prince is within and agrees to the matters that he has raised; this foot they reverence as thought it were a sacred relic”

“As a kind of reward for the hardships of such a journey, the ambassador receives a small CROSS, similar to that sent to the King, which is thrown around his neck to signify that he is free and exempt from all servitudes and privileged in his native country as the KNIGHTS are with us.

“In the year 1510 A.D Certain ambassadors of the king of Benin came to this kingdom, among whom was a man about seventy years of age who was wearing one of these CROSSES. I asked him the reason and he gave me an explanation similar to the above.

“And as in the time of the King D. Jodo, whenever India was spoken of, reference was always made to a very powerful king called Prester John of the Indies, who was reputed to be a Christian.

It seemed therefore to the King that it might be possible to enter India by way of this kingdom, for he had learnt from the Abyssinian Priests who came to these parts of Spain, and also from some friars who had been from this kingdom to Jerusalem and whom he had ordered to gather information about this Prince, that his country was in the Land above Egypt whence it stretched to the southern sea”.

“The distance of two hundred and fifty Leagues to the east were according to the people of Benin, the country of Prince Ogane Lay, concluded that he must be Priest John for both were hidden behind curtains of silk and held the emblem of the CROSS in great veneration”.

Gun powder and firearms made Knights out of date, but the ideals dd not die. The church and Kings continued to dub men Knights for loyal service.

Knights are still addressed as “Sir” and still meets with impressive pageantry at chapels. Medals and decorations are awards given to honour solders for distinguished service or achievements. \
Most decorations take the form of a STAR or CROSS, such as the Maltese CROSS, Iron CROSS, Victorian CROSS, Distinguished Service CROSS.

The cross the old man brought back is still a mystery and the most puzzling question of all is still the one that faced the Portuguese, but in 1486 Joao de barros wrote to the Portuguese Monarch that the Oba of Benin asks for missionaries.

The King of Benin sent as ambassador, to king Joao one of his captains, a- negro with Joao Affonso d Aveiro who brought back the first pepper, from a seaport town called Gwatto (Ughoton) because he desired to learn more about Europe, whose people were regarded there as an unusual novelty”.

In 1494 Jerome Munzer wrote that Native Priests were ordained in Benin. The Benin crafts man produced ivory salt cellar of the Portuguese noblemen on the salt cellar wearing the CROSS of the Military order of Christ.