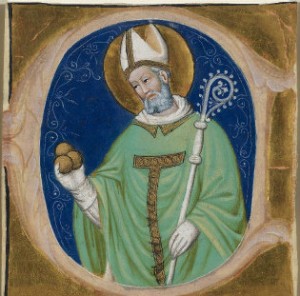 As a major launching pad for young artists and designers, the Rhode Island School of Design is necessarily focused on the future. It’s a place where the cutting-edge is commonplace.

But on Friday, the past, not the future, will take center stage as the school’s Museum of Art unveils two newly renovated gallery areas — one devoted to ancient Greek and Roman art, the other to paintings, sculptures and other artworks from the Medieval and early Renaissance eras.

According to museum officials, the year-long $1.4-million renovation campaign represents the galleries’ first major overhaul since the 1930s.

“It’s incredibly exciting,” says RISD ancient art curator Gina Borromeo. “Not only do the galleries look great, but the whole process has given us a chance to rethink the way we present the artworks.”

As an example, Borromeo points to a group of new display cases stationed in the first of three galleries devoted to ancient Greek, Roman and Etruscan art. Though empty now, the cases eventually will house displays of small-scale artifacts such as coins, mirrors and jewelry.

“In the past, many of these smaller pieces were displayed in cases that were too high for children to see,” says Borromeo. “And that was a shame, because many of these artifacts are exactly the kind of things kids respond to — coins, personal effects, household items. Now everybody can see them.”

The new display cases also highlight a larger change in the way museums in general, and the RISD Museum in particular, showcase their collections of classical art. For decades, visiting a museum’s classical galleries meant running a gauntlet of all-white marble statues, occasionally punctuated by a painted Greek urn or a piece of Roman armor. The effect was dignified, but also a little intimidating.

Nowadays, the goal is to humanize the ancients — to bring their world a little closer to ours.

At RISD, that meant rewriting many of the text panels, gallery labels and other background materials in a way that emphasizes the role the artworks played in everyday life. And rather than a gauntlet of white-marble sculptures, the new classical galleries will feature many different kinds of artworks, ranging from personal items such as jewelry and glassware to painted wall murals and mosaics.

“We really want people to connect with art,” says Borromeo. “That’s the overriding goal. The more people can relate to the artworks, the more they see how these wonderful objects were woven into the fabric of daily life, the more likely they are to have a positive experience.”

The museum’s Medieval and early Renaissance galleries have undergone a similar transformation.

Like the classical galleries, they’re on the main floor of the Radeke Building, a sprawling 1920s addition that includes the museum’s Main Gallery (now occupied by a floor-to-ceiling display of Old Master paintings) and warren of smaller galleries and exhibit spaces.

And like the classical galleries, the rooms devoted to Medieval and early Renaissance are chock full of masterpieces. Among them: a 12th-century figure of Saint Peter from the Burgundian monastery of Cluny, a striking Ibero-French carving of Christ on the Cross from the same period and works by early Renaissance masters such as Albrecht Durer and Lippo Memmi.

But even museum officials concede that it was easy to walk right by these treasures.

To induce viewers to spend more time in the galleries, the museum made a number of changes — some major, some minor. For example, unlike the classical galleries, which get plenty of natural sunlight, light levels in the Medieval galleries will be kept relatively low. Not only is that better for the artworks — too much light can damage sensitive materials — but O’Brien feels that it suits the period.

“Don’t forget that many of the artworks from this period were made for churches and other religious buildings,” she says. “These were not places that had a lot of natural light.”

At the same time, the museum installed a new track lighting system that allows it to highlight specific works of art in a way that wasn’t possible before the renovations. The result: although curators actually reduced the number of artworks on display, the galleries make a much stronger impression, with everything from Medieval stone carvings to Renaissance altarpieces seemingly ready to jump off the wall.

“It’s amazing what some good lighting will do,” O’Brien says.

Another change was suggested by two key supporters to the renovation effort: Glenn and Mary Jane Creamer. At the urging of the Creamers (he’s the co-founder of the mega-successful investment firm Providence Equity Partners), visitors to the galleries will be serenaded by period music, ranging from Gregorian chants and Medieval liturgical music to Renaissance chansons and madrigals.

“It’s something that Glenn, in particular, felt very strongly about,” says O’Brien. “He thought it would help emphasize the faith and spirituality that lies behind many of the artworks.”

Despite efforts to appeal to 21st-century tastes, many of the museum’s most celebrated examples of ancient and Medieval art remain on display. In the classical galleries, that includes a rare second-century bronze nude — rare because it’s one of the earliest examples of a Greek goddess (in this case, Aphrodite) depicted in the buff.

Other highlights include a Roman-era sarcophagus decorated with scenes from the Trojan War and an ancient amphora painted by an anonymous Greek master whose unusual style (emphasizing dramatic action over decoration, for example) has earned him the name “The Providence Painter.”

Highlights in the Medieval and early Renaissance galleries, meanwhile, range from a portrait by the Sienese master Lippo Memmi to an entire Romanesque arch from France’s Loire Valley.

“It’s been said before, but for a small museum this is a pretty amazing collection,” says O’Brien, adding that the museum isn’t done with its renovation campaign. Later this fall, the museum will open another suite of galleries devoted to European art from the 16th to the 19th centuries.

The RISD Museum is at 224 Benefit St. in Providence.