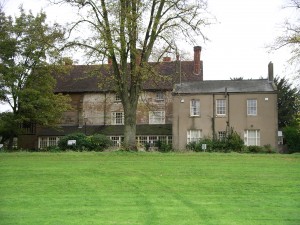 An historic city building faces an uncertain future because of cuts to the City College’s budget.

The 14th century Charterhouse building in Whitley, a former monastery which became home to Charterhouse Training, is owned by City College Coventry.

But a £1million axe to the college’s budget as part of nationwide cuts to the further education sector meant college bosses were forced to review the entire estate to make cuts.

As part of the review the Charterhouse Training facility has now been moved from the London Road building to the multi-million pound Swanswell Centre in Hillfields. Seven full-time staff, four trainers and three administrators, have also been relocated.

Carrie Smith, City College vice principal, said the decision to move it was because the Grade I building was “no longer fit for purpose”.

She said: “The new City College building is a state-of-the-art facility and we wanted to use it to make the most of the opportunity. The future of the Charterhouse building is uncertain at the moment but we are hopeful there will be good news for the people of Coventry.”

She added she was confident there would be a positive outcome for the building.

The Charterhouse was previously owned by former Coventry Lord Mayor Sir William Wyley, who left the building to the people of Coventry in 1940.

It was run by the council until it was officially taken over by Tile Hill College in 1995 when it was agreed the college would maintain the building.

The building cannot be sold under the terms in which it was bequeathed to the city.

In 1995, the Telegraph reported how life-long Labour supporter Kath Edwards, founder of the Coventry Society, left the party in disgust over the council’s decision to transfer the building to Tile Hill College.

She sought legal advice over the issue, telling the Telegraph at the time: “The building belongs to the citizens of Coventry and cannot be given away. The citizens have been treated with utter disdain over this.”

Now Coventry Society members admit they are pleased with how it has been preserved.

Keith Draper, Coventry Society secretary, hopes it will be developed as a heritage site and is confident it will not be left empty for too long.

He said: “It is a valuable asset and needs to be conserved. We approve of the way the college has looked after the building but this is a new opportunity for it to become an educational resource for the public.”