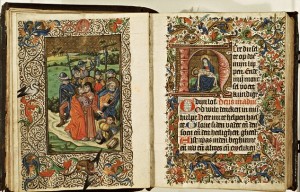 The Manuscript Library at the Government Sanskrit College, Tripunithura, will soon be fully digitised with technical support from C-DIT. K G Paulose, former vice-chancellor, Kerala Kalamandalam, will inaugurate the first phase of the work on Monday. Established in 1914, the Sanskrit College owns a library of manuscripts on subjects ranging from various versions of Sanskrit classics like Mahabharata and Ramayana and the famous literary works of Kalidasa, Bhasa, Adi Shankaracharya among others.

“The Manuscript Library was established in 1927. Scores of rare manuscripts, scripted either on palm leaves or paper from different corners of the country are stored here,” said K G Paulose, who was the principal of the college in the 90s. “During my tenure as principal, Indira Gandhi National Institute had completed the numbering of the manuscripts. Under the strict guidance of Kapila Valsyaayan the manuscripts were segregated in such a way so as to make them easily accessible to research scholars,” Paulose said.

The manuscript library houses rare literary works. Several versions of classic plays of Bhasa, Kalidasa and Kulasekhara are there in the library. Original texts of famous poems of Kalidasa like ‘Kumarasambhavam’, ‘Raghuvamsham’ and ‘Rithusamhaaram’ with explanations given by ancient Sanskrit scholars remain great reference books for literary enthusiasts.

“I was amazed to see several versions of ‘Raghuvamsham’ in this unique storehouse of manuscripts,” said Domini Goodal from England who could make use of the manuscript library for completing his research work on Kalidasa’s famous poem, ‘Raghuvamsham’. “The college authorities should take this knowledge bank to the entire world so that the world will know the richness of Indian literary heritage,” he said.

Another rare manuscript in this library is astrology through sketches. In this unique script, beautiful caricatures are scripted on palm leaves.

The pictures are classified as per different birth stars and detailed analysis of birth stars is inscribed on each palm leaf to predict the past and the future. A commentary of Sreedhara on Jayadeva’s ‘Geetha Govinda’ is another invaluable script in the library. More than 3,000 titles of manuscripts, both on palm leaves and paper, are kept here. A detailed study of ‘Narayaneeyam’ by Sanskrit scholar Sahrudayathilakan Rama Pisharoty speaks volumes about the meanings of the Sanskrit text by Melputhur Narayana Bhattathiripad.

It is a window to the golden era of ancient Indian literature. A few texts kept in the library throw light on the effectiveness of ayurveda.

As the Government Sanskrit College recently got the NAC accreditation, this invaluable knowledge bank will soon have a wider reach. After the completion of digitising these great works, this knowledge bank will be accessible to the entire world which will in turn result in tapping the possibilities of literary tourism.